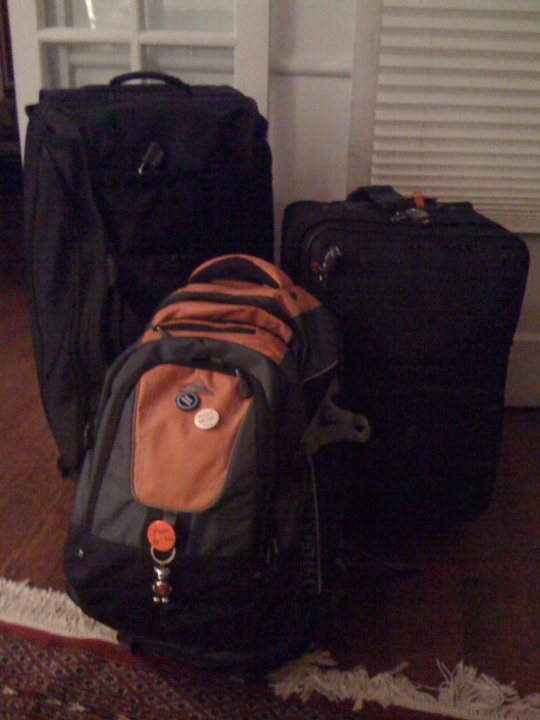 Two years ago today, I left the United States with 130 pounds of stuff packed into 3 bags and a one-way ticket to the next chapter of my life.

Sixteen months earlier, I had met a guy in a Paris bar who would end up changing my life forever. I had just left my job as a lawyer in DC, thinking my life was going to go in a certain direction … but then, during a week-long vacation in Paris, I crossed paths with Michel. It was a romantic story worthy of a Hollywood screenplay, and it very quickly set in motion a complete reassessment of my future plans. By the time I left Washington for good on August 15, 2010, I had fallen in love, I had gotten engaged, I had applied to a French language program in Paris, I had gotten a one-year student visa from the French Embassy, I had gotten married, and I had said goodbye to my closest friends in Washington, not sure when or if I’d ever come back there to live.

During the last two years, I’ve lived a life completely different than the one I led before. Instead of living in a 1,100-square-foot apartment in Adams Morgan with the most adorable French bulldog on the planet, I now live in a 205-square-foot studio in La Courneuve with two very furry cats. Instead of working for a prestigious law firm doing securities regulatory work, I now write a blog, I search for that elusive English-teaching position, and I go to school to improve my French. My daily life has changed dramatically … END_OF_DOCUMENT_TOKEN_TO_BE_REPLACED