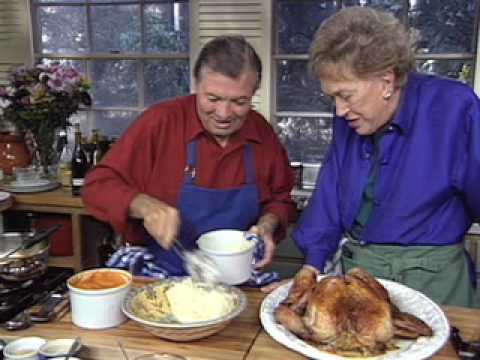 Just the other day, I was watching my latest favorite television series, Downton Abbey, and I heard one of the characters use a French word I’d never heard used before in an English sentence: “She’s found her métier—farm laboring.” That struck me as the height of pretension, but then again, it is a show about English aristocrats during the First World War. In any case, métier means “profession, occupation, or trade.” I knew this word from my French classes, of course, but I never knew that we used it in English. I guess being a country boy from South Carolina, I wasn’t high-class enough to have trotted it out in my own conversations. It got me thinking, though, about how much French there actually is in English. As it turns out, between the recent imports and what we inherited from the Normans, there’s a lot more than you might imagine.

Métier is one of those French words that entered the English lexicon in recent centuries through literature, the arts, and other cultural exchanges. Because we “adopted” them directly into English, they’ve preserved their unmistakable character as Gallicisms even when we don’t pronounce them exactly right. Originally, these words were used primarily by the upper echelons of society (Look, there’s another one!), those privileged enough to have spent their time reading, visiting art exhibits, and traveling to France. As such, although they may be recognizable by a broad segment of today’s English-speaking population, they aren’t used in the normal course by most of us … except perhaps when we want to sound chichi.

Of course, there are also the words that we’ve adopted for use in our kitchens and restaurants because … well, the French really do know how to cook like no one else: à la carte, vinaigrette, mousse, cuisine, apéritif, dessert, hors d’œuvre, à la mode, sommelier, amuse-bouche, au jus, au gratin, demi-glace, entremets, flambé, omelette, roux, sauté, even café.

And then there’s the world of fashion: couture, chignon, décolletage, chic, lamé, chiffon, tulle, prêt-à-porter, ruche. Just watch an episode of Project Runway and count how many times you hear one of those words.

There are also French words and expressions we’ve introduced into English that no longer have (or, in some cases, never had) the same meanings in French itself.

That’s just a sampling of the most recent imports. The list goes on and on …

These recent French imports are all very interesting, but what I find much more fascinating are the earliest imports that came from Old French by way of the Norman Conquest. By all accounts, there were about 10,000 of them (words, not soldiers)!

The Normans were of Viking origin, having descended on the coasts of Normandy in the 10th century. As such, they originally spoke a Germanic Scandinavian language, but they quickly adopted the French language of their new subjects, including words of Latin origin and also of Frankish origin, the language of the Germanic tribes who settled in what is now France. Nevertheless, the Norman French dialect preserved some interesting phonetic differences with their Frankish neighbors to the south. For example, certain words of Latin origin beginning with a “c” were softened to /sh/ as French evolved, but the Normans preserved a hard /k/. Inversely, words of Frankish origin beginning with a “w” were hardened to /g/ as French evolved, but the Normans maintained a soft /w/. This gave rise to certain words in modern English that aren’t very French at first glance but which share a common root:

Who would have guessed that “wait” and “war” are French words? Well, at least Frankish ones?

A note regarding those “w” words: In general, when Germanic words were adopted into Romance languages (notably French and Spanish) the original /w/ was replaced systematically with a hard /g/. So … it’s worth noting that, while the French today may call the star of this part of the show  “Guillaume le Conquérant,” as a Norman and, therefore not a Frenchman or even a Frank, he really was William with a “w”!

This is not just a story about phonetics, though. It’s also a story about social class, just like our more recent French imports. For centuries after the Conquest, Anglo-Norman French was spoken by the nobility and Anglo-Saxon English was still widely spoken by the common people. As a result, the Middle English language that was eventually born of their marriage featured a parallel vocabulary based on this social structure. Generally speaking, the more refined aspects of life took on French vocabulary and the more menial aspects of life were described in English terms. Take the journey from the barn to the dinner table, for example:

As the language developed, the French word for the animal became the accepted term for its meat, and the English word prevailed over the French name for the animal itself. That was true for both the lords and the serfs.

The great house (from Old English) where the lord lived was a mansion or a manor, if it wasn’t a castle (all three from French), and while he was a lord (from Old English), his title was probably baron, count, marquess, or duke (all four from French). (Of course, he could also have been an Earl (from Old English), but that was a very special, very English title, so we’ll set that aside.) In fact, almost all of the vocabulary relating to the socio-political structures of the time was of French origin: feudalism, peasant, chivalry, liege, vassal, sovereign, prince, court, council, minister, mayor, judge, jury and later parliament … even “government” itself. Town might not have come from French, but hamlet, village, city, barony, county, duchy, state, country, and nation did. The chief exceptions were “king” and “queen” … not sure why “God Save the Roy” never caught on in England. It was true of the church as well: priest, friar, nun, clergy, mass, prayer, choir, sermon … practically everything but the church (from Greek by way of Old English) and the altar (from Latin by way of Old English). French words of hierarchy and power supplanted earlier English words almost completely. Even the words “hierarchy” and “power” came into English from French, by the way.

Interestingly, almost a thousand years later, the English language retains a parallel vocabulary. The influence of French remains in what we call the “registers” of the language: the difference between using a “refined” vocabulary and using a more “common” one. Consider the following verbs derived from Old English and their synonyms derived from French:

and my favorite English verb of all (in one of its many senses):

Now that you’ve suffered through all that, take 1 minute and 18 seconds to check out this humorous video on the impact of the Norman Conquest on the English language. I guarantee you’ll laugh.

My French professor once joked that there is more French in English than there is English. He was sort of right about that. It is estimated that almost 30% of our vocabulary comes from French (whether from the Normans, the imports that arrived during the next few centuries following the Conquest, or the words we have adopted more recently). Another 29% of our vocabulary comes from Latin (in the scientific, technological, medical and legal fields), and only 26% comes from Germanic languages, like Anglo-Saxon English. Despite this heavy French influence, however, English remains classified as a Germanic language because of its grammar—the machine that sets this rich vocabulary in motion.

That said, I’ll leave you with this tidbit: the very word for that Germanic mechanism that makes our language work is derived from Greek through the Old French grammeire.

Originally meaning “book learning,” grammar took on a different, more enchanting sense during the Middle Ages—one of magic—and, through dissimilation, eventually gave us a most English word: glamour! But what, I ask you, could be more glamourous than French? Exactement … rien.

So, you see? You speak a lot more French than you thought you did! So, if one day you find yourself racking your brain in search of some French word you can’t seem to find, don’t get annoyed. Take my advice and just say the English word with a French accent:

P.S. — For related articles, check out the “franglais” archive.

19 thoughts on “How much French do you speak?”