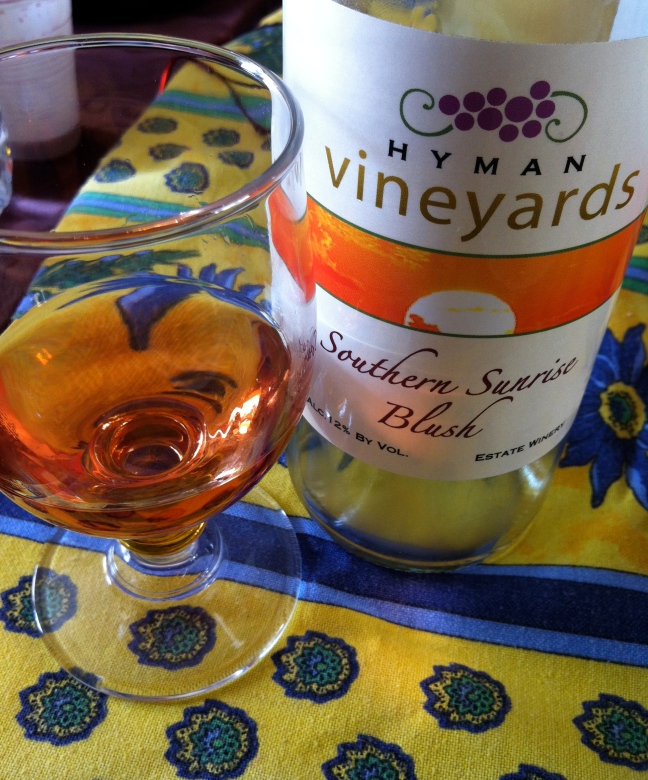 The French and wine. What can you say? They go together like a horse and carriage, right? In fact, after the Vatican City (communion wine?) and Luxembourg (which everyone overlooks), France is the country with the highest level of per capita wine consumption at almost 46 liters (12 gallons) a year. (By comparison, the United States’s per capita consumption is less than 10 liters, or 2.5 gallons, a year.) The French also produce more wine than any other country: over 4.6 billion liters (1.2 billion gallons) in 2010!

We all know, too, that the quality of French wine is superb. No country becomes known for its wines without a long history of top-notch products. But we Americans also know how to make some exceptional wines (even if we don’t drink them up at the rate the French do). I sometimes point out that the best pinot noir in the world comes from Oregon’s Willamette Valley. (Don’t get me wrong — I’m no wine connoisseur or anything. It’s just that I’ve read that tidbit somewhere, so I try to sound as authoritative as possible when I repeat it to French people.) And, of course, you’ve all seen the movie Bottle Shock, right? Bottle Shock — “Le Choc  … de Bouteille“? The movie about how a Napa Valley chardonnay beat the pants off the best French wines in a blind tasting by a panel of Parisian judges? Oh, was that censored in France?

Well, the newest addition to the stream of American wines trouncing their French competition is Southern Sunrise Blush …

What? Why do you have that blank look on your face?

I mean, this is one of the most popular muscadine wines of South Carolina’s Hyman Vineyards, people! Yes, “muscadines.” Yes, “South Carolina.” Nothing in that is a typo. It turns out that South Carolina has more vineyards than you or I ever knew. Conway, South Carolina‘s Hyman Vineyards — one of a dozen vineyards in the state — was created fairly recently by a farming family that has a long history in the area. According to the vineyard’s website, one of its missions is to help “set the stage for alternative crop growing throughout the state of South Carolina and the entire Southern region, where muscadines, and other related botanicals, are native to the soil.” The vineyard produces a variety of products, including four wines, creatively named: Southern Sunrise (the blush), Southern Sunshine (a white), Southern Sunset (a rosé), and Southern Nights (a red). They might just be on to something, as you’re about to see …

When I first saw these wines for sale during my last visit to South Carolina, I was doubtful … but very curious. I decided to pick up a bottle for my French family just for kicks, and I chose the blush, knowing that they like a good rosé. This last Sunday afternoon during lunch, my mother-in-law brought out the bottle so we could try her American son-in-law’s dubious offering. I attempted to lower everyone’s expectations, explaining that the wine came from South Carolina — not at all known for its wines. (I mean, I didn’t want them to think that this was North Coast stuff.) As my mother-in-law poured the bright, coral-colored nectar into our glasses, I translated the name … “Lever du soleil du Sud” … and then we toasted and clinked our glasses. The reaction was as unexpected as the provenance of the wine: there was universal appreciation of its floral bouquet with notes of melon and its sweet, fruity palate. And then my brother-in-law Guillaume chimed in with his unreserved acclamation:

“This is the best rosé I’ve ever had!” 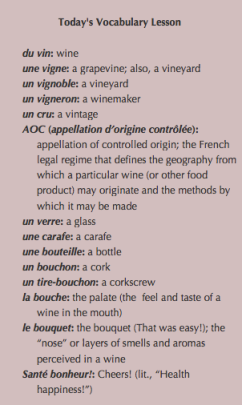 My sister-in-law Sonia searched the bottle for the website so she could look it up online, and my brother-in-law Fred suggested I go into business importing the stuff to France! Everyone seemed to think that Southern Sunrise Blush would do quite well here.

I wonder if they’d believe that down at the prefecture if I tried to renew my visa as an independent contractor.

In any case, there I was à table Sunday afternoon, being asked by French people to bring back more South Carolina wine. It was a bit surreal. Maybe they were just being polite? I guess time will tell. The next time I’m packing my bags for a trip back to the U.S., we’ll see if anybody remembers to ask me for some. I might just have to pack lightly enough so there’s room for the whole Hyman Vineyards’s assortment … or even a case.

How’s that for “Bottle Shock”?