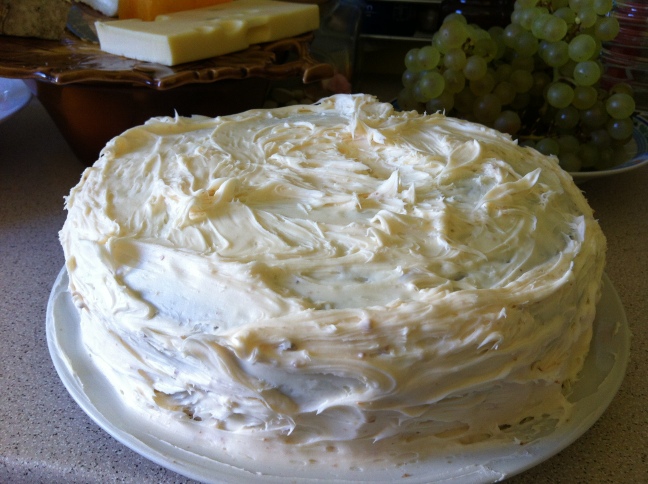 We have an expression to describe something that’s quintessentially American: “as American as apple pie.” The truth be told, though, apple pie isn’t all that American; they have apple pies in every culture where folks grow apples, and the French themselves make some pretty amazing variations of this “American” dessert. On the other hand, it’s pretty difficult to find a dessert more American than carrot cake. Even though it’s known here in France, it still has an air of mystery about it. It’s not at all easy to find, except in some American bakeries (like my favorite, Sugarplum) and at Starbucks (although I don’t recommend a mass-produced carrot cake that’s been deep-frozen, shipped from who knows what cake factory, and then thawed out in a display case).

If you’ve been following my story here on je parle américain, you probably remember that last summer, when Michel and I were babysitting our niece and nephew in Metz, we introduced the kids to this dessert that had recently become a favorite of their Tonton Miko (that’s Michel). The kids had a great afternoon helping us mix the cake but, when it was finally out of the oven and iced with homemade cream cheese icing, they refused to even taste it. A cake with CARROTS in it? Yeah. Not so popular with the four- to seven-year-old crowd. It wasn’t half bad for a recipe from the internet, but it wasn’t a great success either — even with the adults. END_OF_DOCUMENT_TOKEN_TO_BE_REPLACED 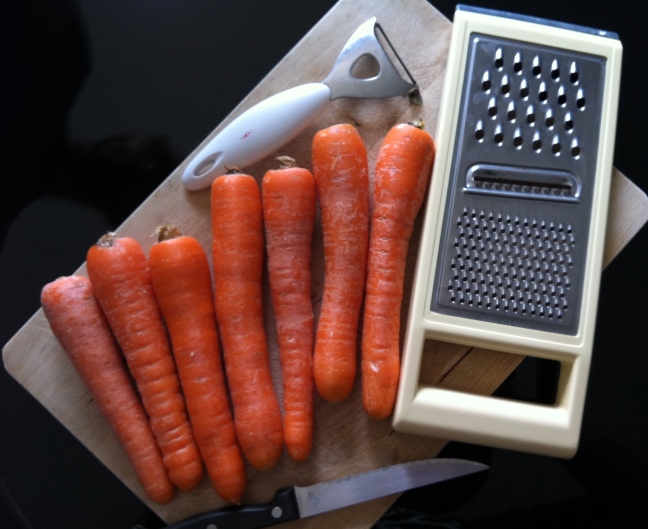 Photo: the ingredient that makes it what it is © 2011 Samuel Michael Bell, all rights reserved

Yesterday, we went for a long walk in the countryside with the kids. We searched out the neighborhood farm, where we saw THREE TRACTORS and smelled COW MANURE! Then we walked out into the fields and saw a DUST DEVIL and got shocked by an ELECTRIFIED LIVESTOCK FENCE! It was a big day! So what could the uncles think up to top a day like that?

This morning, we told the kids that our project for the day would be to make very special American cake: a gâteau aux carottes.

Carrots?! Carrots in a cake?! Ugh.